In the first instalment of a three-part blog series on the world of sport, I look at some of the issues surrounding the Olympic movement, and in particular the question of ‘performance enhancing drugs’. 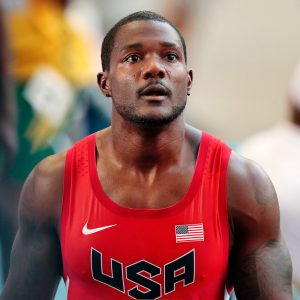 There has been a lot of talk in the news recently about the use of ‘performance enhancing drugs’ in sport. In particular there has been some criticism levelled at Justin Gatlin, who recently claimed Gold ahead of Christian Coleman and Usain Bolt at the World Athletics Championships in London. Gatlin, a twice-banned ‘drugs cheat’ has served both bans handed out to him and has been declared ‘clean’ for many years.

However this has not deterred some commentators from suggesting he shouldn’t have been competing at the London games in the first place. Indeed, Gatlin was on the receiving end of some quite vociferous booing from the crowd, forcing him to abandon his lap of honour as fans vented their frustrations that athletics poster-boy Usain Bolt was forced into third by not just any athlete but a declared ‘drugs cheat’.

Readers will notice here that I refer to Gatlin here as a ‘drugs cheat’ in very specific inverted commas. The reason for this, and the reason for this blog is that I’d like to call into question some of our assumptions surrounding the use of ‘performance enhancing drugs’ in sport, and specifically what we define as ‘performance enhancing’ and where exactly we draw the line.

Reading Gatlin’s story, one of the most striking things for me is that his initial ban in 2001 was linked to medication Gatlin claims he was taking for his ADHD. Now in my mind, this would seem a legitimate use. After all, without these drugs Gatlin (or indeed anyone else for that matter) may not be able to function as he would like, and may not be able to compete in athletics at all.

While it is quite apparent that the drugs Gatlin was accused of taking were ‘wrong’ by anti-doping standards, one must wonder where these standards come from, and just what we come to mean by the word ‘performance’. The example of the ADHD medication is a good one, but let us add to this list anti-histamines, anti-inflammatories, or even, dare I say, anti-biotics.

Now, let us conduct a brief thought experiment. Let’s imagine an athlete. Let’s call her Athlete A. Now in her childhood Athlete A suffers from an acute infection that can only be treated with anti-biotics. She takes these anti-biotics and gets better. Without these drugs, she might have died, or at the very least, suffered some long-lasting effects.

Is this not performance enhancing?

Now let us imagine this same Athlete A. She is now a grown adult and training to compete in the Olympic games. Again, she suffers from an acute infection that can only be treated with a drug. This drug may or may not appear on the list of banned substances. Her doctors advise her to take it to save her life. Without this drug, she might not only fail to make the Olympic games, but she might even suffer some damaging long term effects to her health.

Again, we must ask, is this not ‘performance enhancing’? After all, without medication in the first example, Athlete A might not even be alive to become an athlete, and in the second example, her life as an athlete may well come to an end. Not only do the drugs in both cases serve to ‘enhance’ her performance (such that she is able to compete at all), but they also save her from death.

What then are the alternatives? If Athlete A doesn’t take the drugs in either case, she might not be able to compete, or worse, she might die. In the first example, the consent for such drugs may not have been her own – it may have been with her parents or guardians – and in the second case, one has to place full faith in the doctors who are in a much better place to make a medical decision on her behalf. (Athlete A is certainly not a qualified medical professional).

But let us consider this final example: when Athlete A takes her drugs, her place at the games is at the expense of another competitor, Athlete B. Now Athlete B has never taken medication in her life. She is one of the ‘lucky ones’ – she has never fallen ill, never needed to visit the doctor and works tirelessly to achieve her dream of taking the stage at the pinnacle of her sport, the Olympic games. She is also from poor background, and was born and raised on a housing estate in Hackney.

In light of all this, can we really say Athlete A’s drugs weren’t ‘performance enhancing’?

In the next part of this series I will continue my look at the Olympic movement and will consider what would happen were every athlete an exact clone of all the others. In the final part of the series I will look at the curious case of Caster Semenya and what it tells us about performance in sport.