I recently had the pleasure of attending the Iredell Law Conference at Lancaster University to present a paper, ‘Beyond the horizon: law, exception and conflict in outer space’. In my paper, I spoke about law and warfare in outer space, and what I see as a fundamental problem in the operation of law, and the exercise of sovereignty in outer space.

After my presentation one of the delegates posed the question, well what about Antarctica and colonies at the bottom of the sea? According to current practice, international law does apply in both of these situations, so doesn’t that set a precedent for law on the Moon?

My response to this question was very definitely a ‘no’, however I didn’t have time to expand on my argument. In this blog, I hope to discuss some of the issues surrounding law and sovereignty in outer space, and the problem of just how you impose sovereign rule on a colony that could advance many decades in the time it takes for a message to reach it… 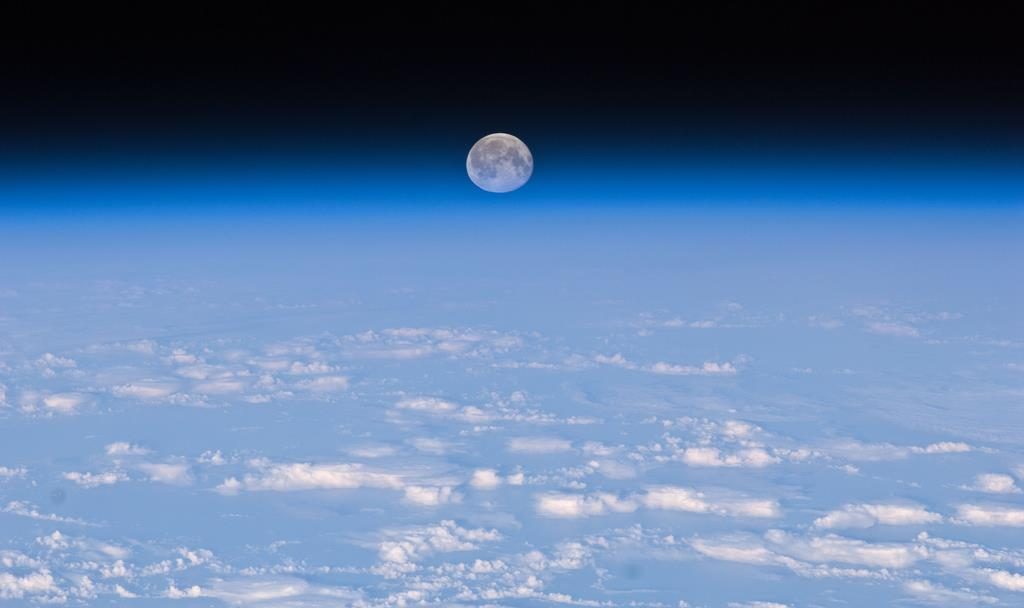 The Earth and the Moon

The ‘law’ as we know it here on Earth is based very much on a unified concept of the fundamental law of nature. Though we may be divided on many different levels, we are united in our shared common natural law. For example (with very minor variations), we all breath the same air, drink the same water, and experience the same gravity.

However this same unified natural law does not apply in outer space. Planets have different atmospheres, different gravity fields, different levels of radiation exposure and so on. Even the Moon, our closest astronomical neighbour, is such a different environment that its inhabitants should not, and indeed cannot, be subject to the same laws of Earth.

A question of gravity

The first and perhaps most significant barrier to imposing human law beyond the Earth is the issue of gravity, and its long term effects on those living in outer space. According to NASA, bone density in humans drops at over 1% per month in a zero gravity environment. To put this figure in perspective, the expected bone loss of the elderly living on Earth is 1–1.5% per year. There is also then the question of muscle degradation, and cardiovascular deconditioning – and this isn’t even to mention the impact of low or zero gravity on human subjects born in outer space. Given the impact of gravity on physically fit astronauts returning to Earth it is likely that a human born in space would become a very different human to one born on Earth. It may even be the case that such a space-born human could never return to Earth at all, for risk of death. 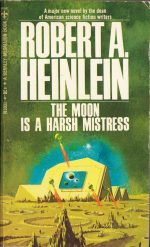 Further to the biological impacts of a low-gravity environment, there is also the asymmetry imposed by gravity, in particular when we take the example of a colony on the Moon. As Robert Heinlein has suggested in his novel The Moon is a Harsh Mistress, the asymmetrical gravity relationship means it costs inordinately more to transport people and equipment from the Earth to the Moon than it does the other way round. This asymmetry has many implications for power relationships and makes imposing rule on the Moon far more difficult than it might be on Earth. For example, to quell a rebellion, soldiers must be shipped from the Earth to the Moon at great cost in terms of fuel and energy expenditure. Compare this with the Moon and the ease with which missiles or even rocks can be sent to cause catastrophe at any point on Earth.

But it is not just the cost of getting to the Moon that is problematic, for even the very possibility of exercising violence and control is rendered far more difficult in a low gravity environment. Put simply, a native ‘Loonie’ (as Heinlein calls the citizens of the Moon), is far better able to defend his or her own colony than any soldier sent directly from Earth. They can move more freely and can adapt to the use of projectile weapons in a low gravity setting. They are also better adapted to remaining ‘safe’ in an essentially hazardous environment, and can exploit their environment to a far greater degree than any soldier sent from Earth.

This problematic extends further when we consider the problems associated with imposing Earth-based human law on the Moon. Due to the nature of the environment, any ruler or ‘protector’ sent to govern the Moon would very quickly find that he or she will soon be rendered unable to ever return to Earth. Such a problem could be solved with the rotation of leaders to the Moon, and yet such a high turnover of leadership has its own problems, and will make enforcing governance on the Moon difficult to say the least. Were the Loonies to revolt, there is little a governor could do to protect themselves, and I suggest the Moon would evolve its own law better suited to the conditions of outer space where day-to-day ‘survival’ takes a very different form to that on Earth.

Distance and the speed of light

Moving beyond the effects of gravity, another important factor in the operation of (human) law is distance and the speed of light. As we know, space is big: very big. Such are the distances involved that messages sent between colonies could take years or even decades to reach their destination. The rule of Earth then becomes almost redundant when any message could take decades, and a simple conversation could last longer than the average human lifespan.

And what about enforcement? Again, the laws of physics become problematic. As Joe Haldeman so strikingly puts it in The Forever War the impact of relativity is such that any soldiers sent out to fight a war in the stars would return home to find that while they may have only aged a few years, many hundreds of years may have passed back on Earth.[1] There is also then the issue of fighting an alien (or human) foe in a distant part of the galaxy, and the affects relativity may have on the nature and political stance of the combatants. Such is the issue with relativity that one party may encounter an ‘enemy’ who is either greatly advanced technologically, or who may not even know there is a war on at all. How do you enforce the ‘rule of human law’, or even interplanetary treaties when relativity can cause such issues with travel and communication? Without a technological solution Earth-based law as it stands simply cannot operate as we currently know it. 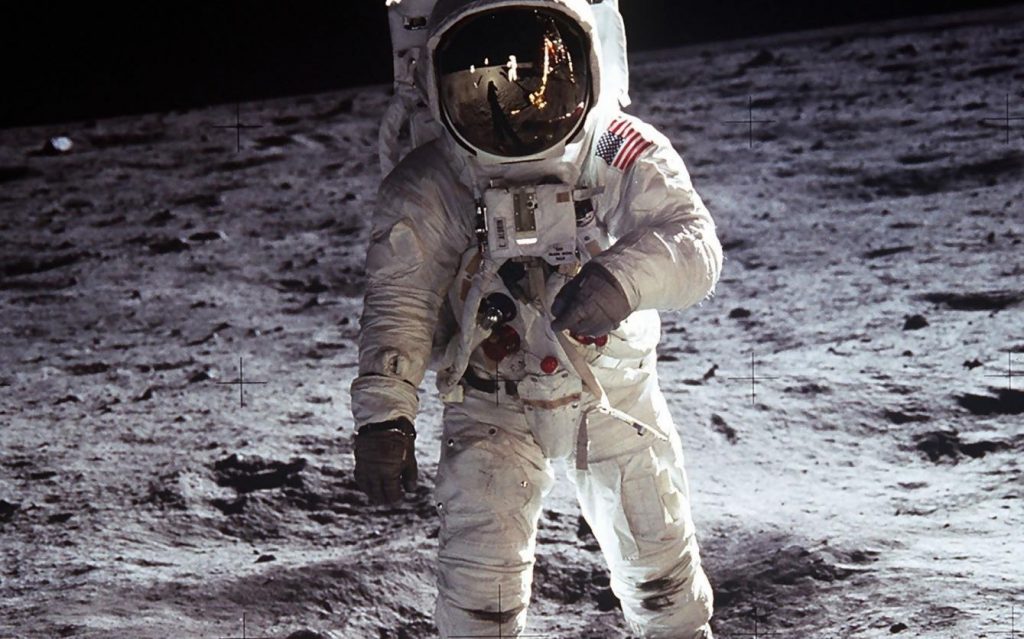 We come then to the question of colonies on Earth. As it stands, it has been suggested that colonies in harsh environments such as the Antarctic, or even at the bottom of the sea are subject to international law. (Though this for the most part remains theoretical, as we don’t actually have any colonies at the bottom of the sea…). While this may seem a similar situation to that I have suggested in regards to the Moon, there are a number of key differences that render this comparison as somewhat flawed:

To avoid too many complications, I have kept discussion strictly to the realms of a unified ‘human’ law imposed by a single politically homogenous ‘Earth’. Though this is clearly an over-simplification, I should emphasise that things become even more problematic when we start to take into account the many different political factors influencing the law as it stands on Earth, and how any space-based colony could exist within our existing international framework. There are also then the many various geographical limitations that impact upon the politics of outer space, as some locations on Earth are simply ‘better’ to launch rockets from than others, imposing a whole new level of difficulty in the extension of ownership rights into outer space.

While I have kept my discussion fairly generic and generalised, there certainly remains the question of whether space will remain the domain of nation States (or even a single unified ‘State’), or rather the domain of major corporations with the financial clout to extend their already significant pseudo-sovereign jurisdiction into the new real of space. This more than anything, worries me greatly as we look to the future of the human race and our life beyond the stars.

[1] NB: the faster you travel, and the closer you get to the speed of light, the greater the difference in your experience of time compared to someone who remains on Earth. A war in space then becomes problematic when the situation on Earth can change so dramatically while the soldiers are travelling to their intended war zone.

2 thoughts on “Law and war in outer space”