I was struck recently by an advertising campaign from German car manufacturer Audi for its new Q5. In the video, posted on YouTube and appearing in cinemas here in the UK, we see an Audi Q5 driving through the rain with a series of overlays highlighting technological innovations such as sign recognition, adaptive suspension and ‘Audi Pre-Sense’ for anticipating dangers before they occur. The advert closes with the claim that ‘It doesn’t just drive. It thinks.’

The advert is quite striking, and not just for its ominous presentation. In particular I was taken by the concept of the Q5 as a kind of ‘thinking machine’. While cars have been moving towards automation for some time now, the advert doesn’t just sell the autonomous functions of the Q5, but rather places emphasis on the autonomy itself, and the way the car removes the human from the loop, making it somehow ‘better’ and ‘safer’ than other cars on the road.

Taking the human out of the loop

Clearly, autonomous cars are big news at the moment, and while the Q5 is not fully-autonomous in the same way as those models being tested by Tesla and others, the advert charts a clear direction of travel that we can trace right back to the moment of the car’s inception, and even beyond.

Let us consider for a moment the car in its most abstract sense: as a means of transporting oneself from A to B. In its ideal abstracted form, the car gives the human driver complete control over the car’s direction and the way it is driven. You can drive a circuitous route at 5mph, or a direct route at 150mph – it doesn’t matter – the main thing is that in the ideal scenario you have complete control over every element of your journey from point A to point B.

But of course the real world is a little more complicated than that. Mechanical factors determine the form and function of the car and the way it behaves. Meanwhile, the road network dictates where we can drive, while the laws of the road limit how we can drive our cars and how we interact with other road users. There are also then economic factors influencing which model of car we drive, how far we can drive it, and the sorts of journeys we may choose to take. Add in environmental, social and personal factors and our modern-day concept of the car is a far-cry from the Platonic ideal in its original abstract sense. Indeed, each of these factors can be read as a form of automation, removing human agency and ‘standardising’ the process of driving such that the end-goal is a process in which the human is removed from the loop completely.

But is this such a bad thing? Machines enable us to reach our destinations more efficiently, more safely and in more comfort than we would without them. Indeed, the human is often the weakest link in the chain, causing far more accidents than the machines they happen to control. From this perspective, autonomy is just the next logical step in the direction of travel of the car (excuse the pun) – one which goes back far beyond the car itself and encompasses all modes of transportation to encompass the cybernetic relationship we have with our tools and our environment.

A question of guns

Moving beyond the question of the driverless car, we come to the question of guns and automated means of killing. It surprises me that still to this day many people underestimate the role of the machine in warfare, maintaining a false belief that war is in some way a strictly human process fought between human fighters across a human battlefield. 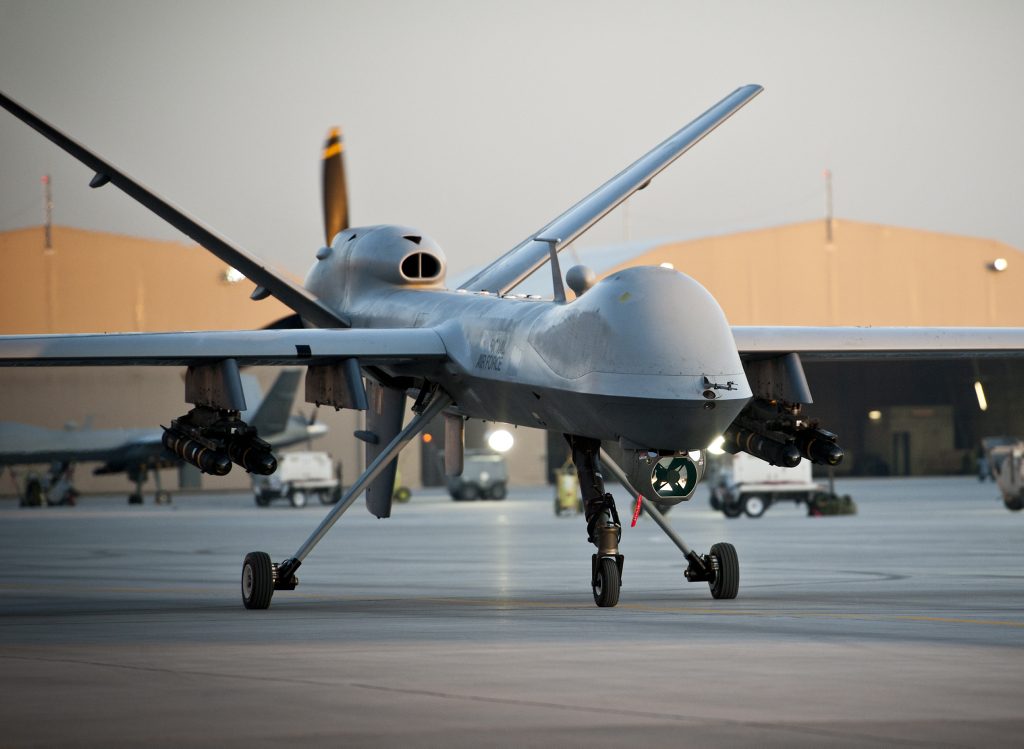 Of course this argument completely overlooks the fundamental role autonomous processes and feedback loops have played in warfare since the very first blow was struck. Indeed, from the moment humankind first rubbed two sticks together there has arguably never been a clear distinction between the human and his or her tools, be it a knife, a gun, a tank, or a nuclear bomb. Just as in digging a hole I put my trust in my tool (a spade) and rely on feedback to tell me to push harder, or to dig deeper, so guns, bombs and other means of killing also include a cybernetic feedback loop that has only gained in effectiveness and pervasiveness as technology opens up more advantages to those who put it to use. 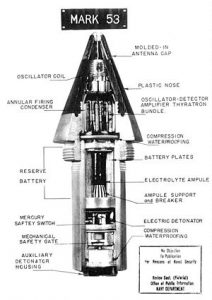 Let us for example consider the case of the anti-aircraft gun. I am currently reading a fascinating book by Thomas Rid on the history of cybernetics, in which he refers to the shift in automation brought about by advances in aerial warfare. While it may have been relatively simple to fire at slow, low-flying planes during the First World War, the Second World War brought many challenges that rendered old technologies obsolete. As a result, many autonomous or ‘cybernetic’ processes were developed including radar tracking and the VT proximity fuse that would set off an artillery shell when it came within a certain proximity of an enemy plane. Without the advances in automated feedback, it is almost certain the Battle of Britain would have gone very differently indeed.

While driverless cars and Predator drones may stand at the forefront of the public imagination about autonomy and the removal of the human from what have previously been imagined as ‘human’ processes, these two innovations in themselves are nothing new, and shouldn’t be considered as such. While it may comfort some readers to imagine that autonomy and machinic automation can’t, or indeed shouldn’t be allowed to occur, this argument is to somewhat miss the point. Autonomous systems have been embedded in our society for as long as we’ve been walking the Earth. Like it or loathe it, our past, our present and our future is irrevocably intertwined with the robotic, and we should prepare ourselves for the consequences of the cybernetic future.