So there I was yesterday, furiously wracking my brains for something to blog about, when I started rooting around in the old documents folder on my PC. I had completely forgotten about the many varied things I had saved in there. From old maths homeworks to CAD drawings, MS Paint doodles, screenshots and poetry, I spent several hours sorting through a veritable treasure trove of assorted memories and random files accumulated over the best part of 15 years. 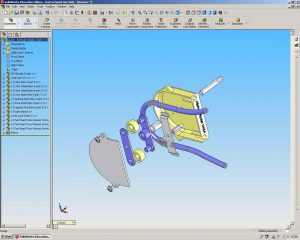 A SolidWorks drawing from back when I was enrolled on an engineering degree (Imperial College, 2006-7)

As part of my ‘spring clean’, some of these old files have now been sent to the great recycling bin in the sky, though I’ve not deleted as many as perhaps I should, as some still feel too important to delete, even though their value has long since passed.

For example, in my ‘Writing’ folder, I have over a dozen articles written for student media at Brunel 2007-10, plus two children’s books, a couple of novels, hundreds of old (now unpublished) blogs, a few dozen book reviews, plus a load of random poems accumulated over my teens and early 20s.

Moving into my ‘Other’ folder, there are university applications, old CVs, wedding speeches and random downloads accumulated from back when MSN messenger was the place to be back in the late 1990s. I also found several old reports for the Burma Star Association (Thanet branch) that I typed up for my Great Nanna back in 2004-5.

These reports in particular stirred some very old memories for me, and as I write this now in 2018 it’s not very likely any of those old service-folk are still alive. I distinctly remember one report I typed (though I can’t find it at present) that announced the final meeting of the Association in Thanet, which I gather was around 2006. Reading those old reports felt like quite literally exploring an old historical archive of meeting minutes, harking back to a time long since passed. And to think these files had been sitting on my computer for over a decade! 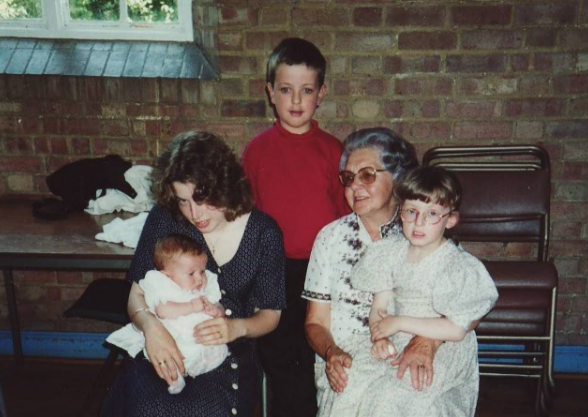 I don’t have many photos of ‘Great Nanna’, but here I am aged 9 with her at my sister Kate’s Christening, circa 1994. The lady on the left if my second cousin Fiona. My other sister Nicky is on Great Nanna’s knee. This photo makes me feel old!

The things that shape us

There was something really quite moving about re-discovering the many different things I’ve worked on over the years. While many of the documents are old, and some pretty poorly written, they all mark something of the journey I’ve taken to the point where now, at the age of 32, I sit writing a PhD thesis in a small room in Lancaster. I certainly didn’t imagine this was where I would be back when I was 18, and I can’t for the life of me predict where I will be in another 10 or 15 years’ time. All I can hope is that I will have the chance to build up many more memories, while staying true to myself and using what little talent I have to make some sort of mark on the world and help others.

One thought on “The things that shape us”