I despair at the modern world in which we live. It’s not so much the sensationalism, the terrorism, the rampant consumerism; it’s more the fact that people today simply do not think.

For all its boons, social media has done more to erode modern society than it has to enhance it. People think they can explain the world’s problems in a meme, or a few characters, without ever bothering to scratch below the surface or find out more. Worse still, the ease with which ‘information’ (very definitely with inverted commas) can be found these days means people just don’t know how to do proper research and think for themselves. Got a question? Google it. Google will tell you the truth…

But it’s not just the memes that are getting me down these days – it’s the way social media creates a veneer of community, while at the same time undermining true society and human action. Terrorist attack in Paris? Change your profile picture to show solidarity; share a meme; share a quote! Support gay marriage? Add a rainbow to your profile! Why be moved to change when you can solve all your problems at the click of a button. And you can do all of this from the comfort of your own bed.[1] 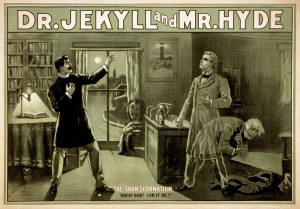 Way back at the end of the 19th century, during a time known as the ‘fin de siècle’, Victorian society entered a period of crisis. Gender, sexuality, criminality, degeneration: these were but some of the many issues that were reaching a climax towards the end of the century.

Though we may be a few years late, we are, I believe, entering a new fin de siècle – another end of an era, and we need radical change if we are to pull ourselves out of this slump. I’m not calling for revolution – this isn’t a political call to arms – but it is a call to action.

Please, for the love of all that is good, switch off your smart phone, turn off social media and start to engage with the world around you. Forget 24/7 news channels and media coverage – stop reading only the things you agree with. The world is falling apart around us: please don’t make it worse than it already is.