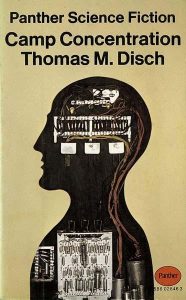 If there’s one thing I’ve learnt during my PhD it’s that truth is very often stranger than fiction.

I’ve just recently finished reading Thomas M. Disch’s Camp Concentration (1968), in which prisoners in the United States are injected with a form of syphilis in order to boost their intelligence. Strange as this may sound, it’s nothing compared with real life.

In 1972, whistle-blower Peter Buxtun revealed the that the US Public Health Service had been conducting secret studies on African-Americans, in the now infamous Tuskegee syphilis experiment. The study started in 1932 and ran for over 40 years without the participants knowing they had the disease, and without them ever being treated with penicillin.

Of course, Disch couldn’t have known about the Tuskegee experiments when he was writing in the 1960s, but this revelation sure does make you think.

The case of Dr Strangelove

In another case of truth being stranger than fiction, I was recently writing a book chapter on the film Dr Strangelove. In the film, the  US government uses a fictionalised fail-safe on its nuclear arsenal designed to stop bombers being diverted once the order the launch has been given. However, as Fred Kaplan notes, the fail-safe was actually a real, top-secret system used at the time as part of Operation Chrome Dome.[1]

Of course, if you’ve seen Dr Strangelove, you might also find it strange that the US government has a deranged former Nazi scientist, the titular Dr Strangelove, at the heart of its weapons programme and defence strategy. But of course, in this case, director Stanley Kubrick really did know what he was doing, as the US government famously recruited former Nazi weapons scientists in the wake of World War II as part of Operation Paperclip. The most famous of these Nazi recruits was one Wernher von Braun, the smiling face of the American space programme. For the record, this is the same man who helped develop the V-2 rocket! 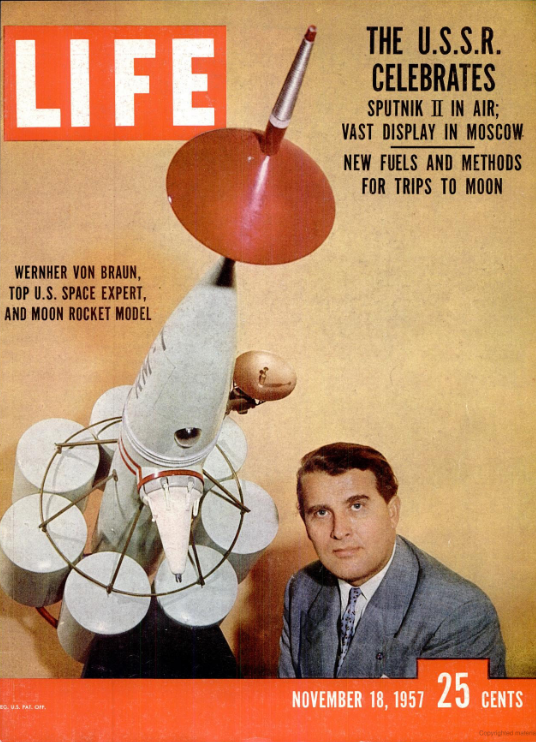 The post-war period is literally filled with examples of truth being stranger than fiction, such that it becomes difficult to tell the two apart. In my final example, in 1957, Vance Packard published his seminal work The Hidden Persuaders – a work of non-fiction in which he famously describes a world in which marketers use scientific techniques to manipulate consumers and engineer consent.

And yet only a few years early, the science fiction novel The Space Merchants (1952) described an almost identical world ruled by evil corporations and marketers manipulating the media for their own ruthless ends. But which is true, and which is fiction? Reading the two works side by side, it’s actually quite hard to tell!

To close this blog, I leave you with a clip from Dr Strangelove. If you’ve not seen the film before, it’s really worth a watch.

In the film, the deranged General Ripper orders a nuclear strike against Soviet targets. Despite his best efforts, even the President can’t recall all of the planes, leaving one B-52 left to fly unwittingly towards its target. As the plane nears its destination, Major Kong climbs into the bomb-bay to try and fix the broken bomb-bay doors…

For more about my research, and my many research interests, see my Research page. You can also browse my research blogs.