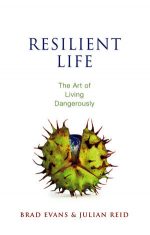 As part of my ongoing research, I’ve recently been reading through Brad Evans and Julian Reid’s Resilient Life: The Art of Living Dangerously. I’m not normally one for prefaces and acknowledgements, but this book’s front matter really struck a chord with me. In it, the authors rework Foucault’s own preface in Deleuze’s Anti-Oedipus to create a series of basic principles that they believe every intellectual project ‘of a political kind’ should follow. Personally, I believe these principles should be applied to all research, and I will certainly do my best to be guided by these principles in my own work: